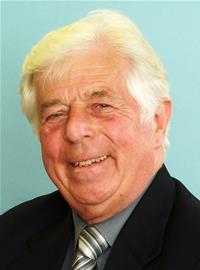 More information about this councillor

Appointments to outside bodies

Councillor Brian Rolfe is Chairman of Council for 2012-13

I am very much a “local lad”, having been born in Loughton and lived in the district ever since. The eldest of three boys, I attended Staples Road Infant and Junior Schools where my mother had been a pupil over 20 years previously. Although I cannot claim to have been a particularly academic student, I managed to pass the 11+ and went to Buckhurst Hill County High School, where I enjoyed 5 happy years before leaving to join National Provincial Bank at their Bethnal Green Branch.

In common with every other male in the fifties, my 18th birthday signalled a request from the government to attend a medical followed by call up to H M Armed Forces for 2 years National Service. In my case I was selected for the RAF and duly reported to RAF Cardington on 23rd June 1954. During basic training you had to opt for a trade, usually something akin to your civilian occupation, and having no wish to be any form of clerk, I volunteered to be a police dog handler. As a result of this, and after further training, I thoroughly enjoyed the remainder of my 2 years on a radar station in Cheshire with Air Dog 4435 Rex.

On completion of National Service I returned to Loughton and the bank, who in turn sent me to the City of London and their Foreign Dept, which later expanded to become the International Division after merging with Westminster Bank in 1972.

Turning to more important matters, Una and I first met at a local youth club when we were seventeen and eventually got married in 1958. After living in a rented flat in Buckhurst Hill for 4 years we purchased our first house in The Meadway Loughton where our first daughter, Sara, was born in 1966. In 1968 we moved to Theydon Bois and in 1969 our younger daughter Karen arrived.

My career with the bank continued with International Division resulting in a number of appointments within that specialist field. Often this involved a considerable amount of travelling within the UK. I eventually retired in 1993 after completing almost 41 years service. My wife also retired from teaching in 1993 and we did voluntary work with the local MS Group for the next 8 years. Our first granddaughter was born in 1994 and the second in 1998, they both live in Epping with parents Sara and Max and attend Davenant Foundation School. Karen our younger daughter lives in West London and is a teacher at a large Community Secondary School in Hayes.

In December 2000 we moved to Epping and it was then that I began to be involved with local politics. Elected to the Town Council in 2003 I was Mayor in 2005. In 2006 I tried unsuccessfully to win a seat on the District Council in Hemnal Ward. The following year I stood in Lambourne Ward which I won and successfully defended in 2011.

During my time on the District Council I have served on numerous committees and was Portfolio Holder for Leisure and Community Wellbeing for 2 years. Being elected to the position of Chairman of Council is a great honour and I promise to do everything in my power to live up to the standards of my illustrious predecessors.

Above all I look forward to meeting as many local organisations and residents as possible during the coming year.